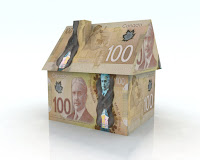 Example: It a home outside of Toronto sells for $500,000, the total provincial land transfer tax payable is as follows:

Municipalities across the province in general have not been prudent managers when it comes to managing expenses forcing them to look elsewhere for sources of revenue and implementing a municipal land transfer tax in Toronto was a good example.  Based on Toronto’s success, many other municipalities jumped on the same tax grab bandwagon hoping to increase their revenues while jeopardising the dream of home ownership for many.  Thankfully the province stepped in and with some added pressure from the Ontario Real Estate Association (OREA) the opportunities for municipally implemented additional land transfer taxes was thwarted.

Is it now safe to go back in the water?  No so according to an email I received today from OREA.  Apparently municipal Councillors in York Region north of Toronto have demanded that the province give the them the required municipal power to implement their own MLTT.

Here we go again, municipal spending continues to drain a region’s economic well-being and the answer is?  Let’s pass on another tax to the public.  The same politicians that advocate increased property and additional land transfer tax implementation are the same ones that lament about the lack of affordable housing.  They just don’t get it.

This is not only a provincial election year but a municipal one as well.  We had all better get out and make sure our voices are heard.  I know that I will.