Despite one of the coldest winters in many years, area real estate sales in the first quarter of 2015 have performed exceedingly well, far better than what is typically demonstrated for this time of year. 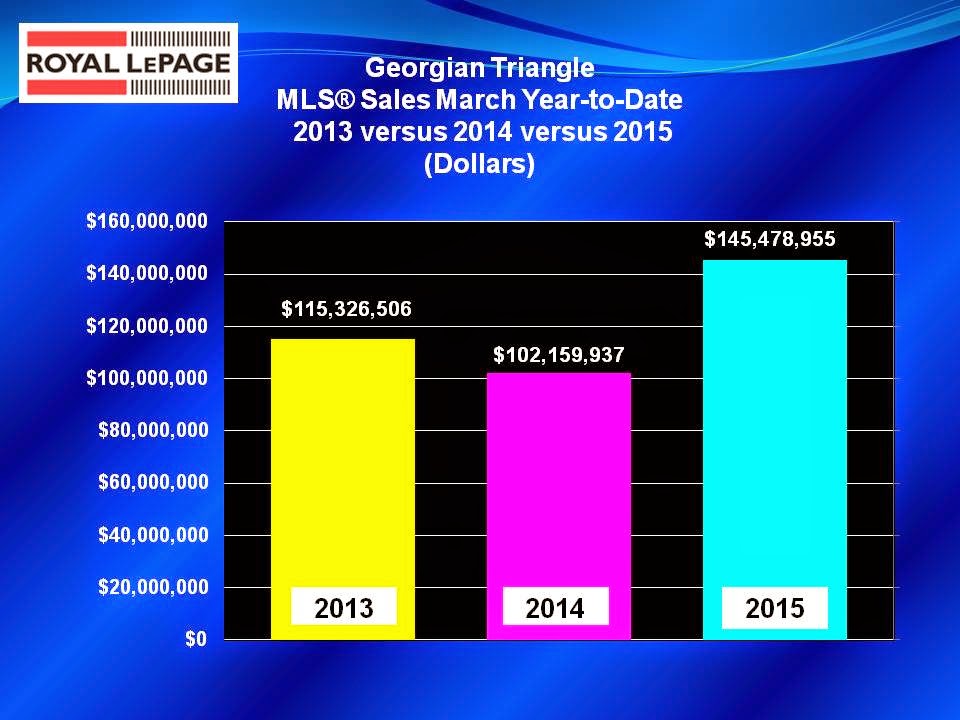 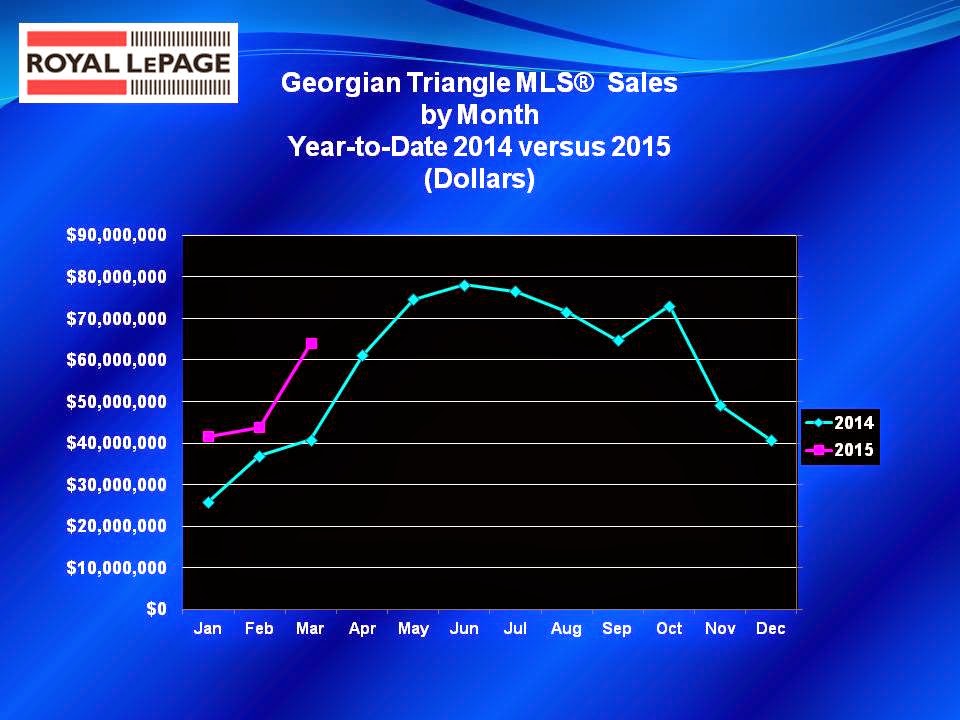 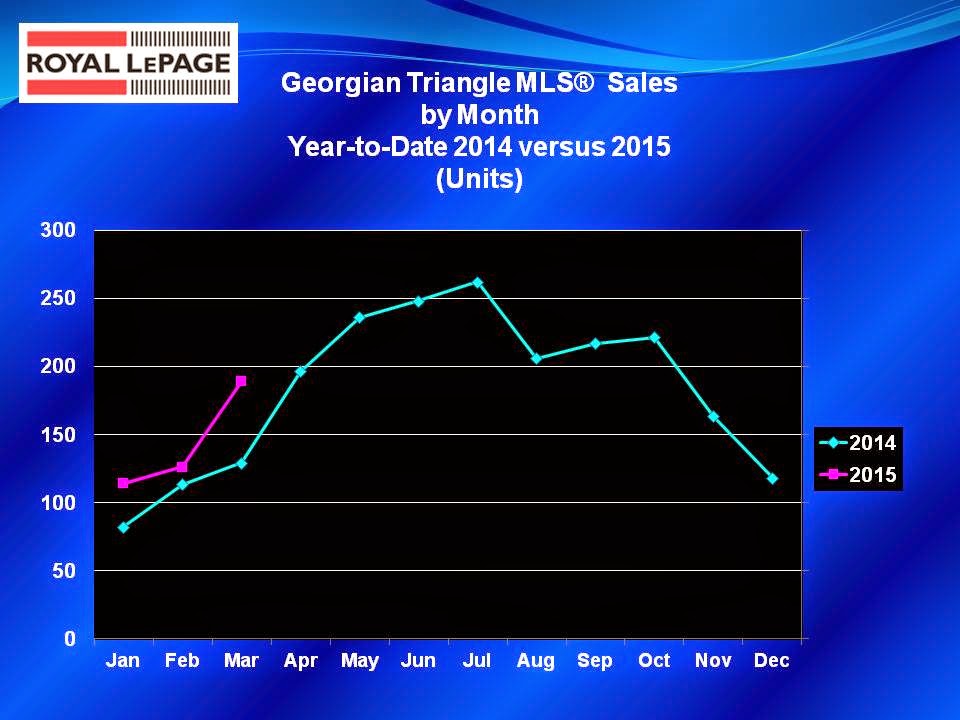 MLS® single family home sales through the end of March are up 30% with every municipality showing robust gains over the prior year.  Single family home sales in Collingwood are up 50% year-to-date while Clearview, the Blue Mountains, the Municipality of Meaford and Wasaga Beach are all posting sales increases of 36% to 38% year-over year.  Condominium sales which have been very strong over the past twelve to eighteen months are up 50% for the first three months of 2015 with 95 MLS® condo sales reported year-to-date compared to 63 sales one year ago. 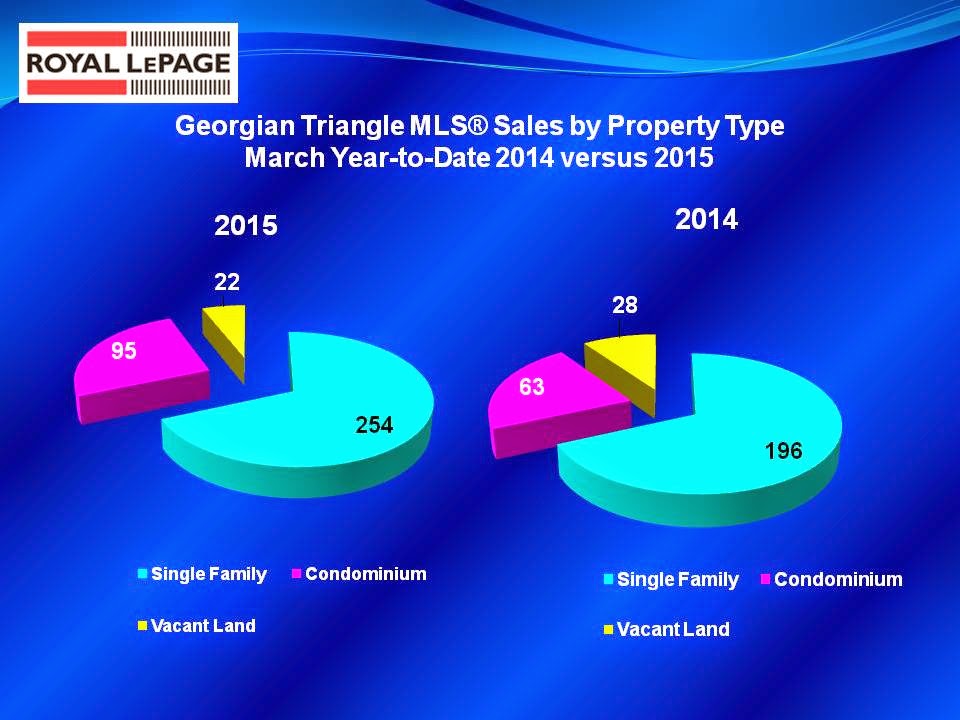 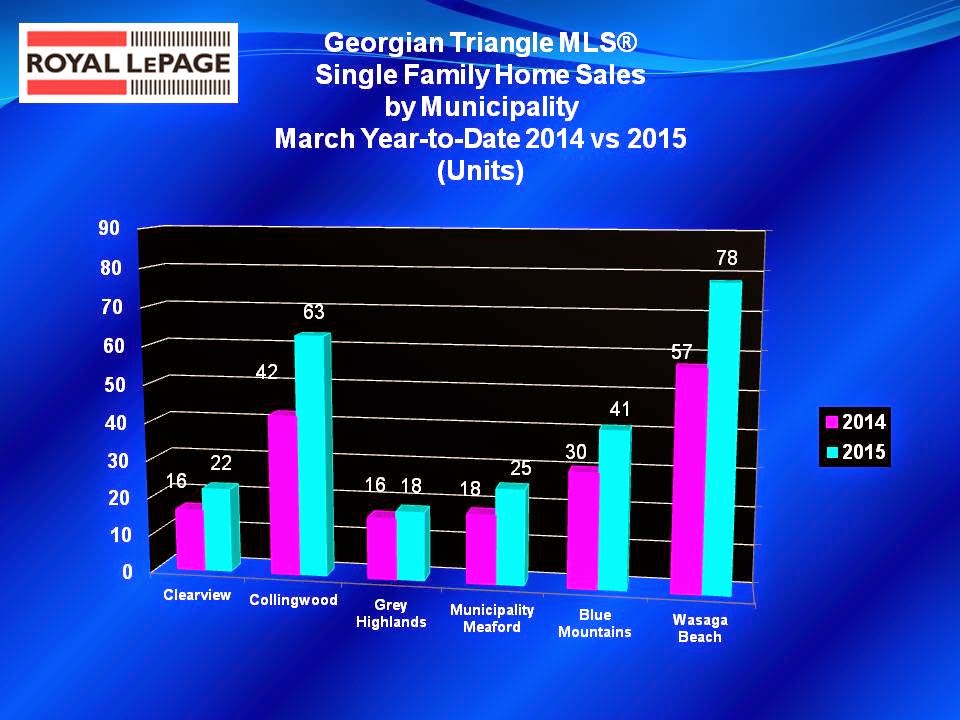 Strong MLS® sales combined with a reduction in new MLS® listing activity has resulted in a reduction of available housing inventory.  Year-to-date, the number of new MLS® listings that have come to market totals 1,039 properties, a reduction of 12% from the 1,177 new MLS® listings that came to market in the first quarter of 2014.  Similarly, the number of “expired” MLS® listings has dropped substantially with 491 expired listing reported in 2015 compared to 628 last year, a decrease of 22%.  In some instances, we are experiencing a shortage of listings in specific price ranges and or locations which has resulted in an increase in multiple offers similar to the phenomena happening in the Greater Toronto Area.  Multiple offers typically result in sale prices close to or above the asking price.  A recent chalet sale in the area drew three aggressive buyers with a final sale price that was more than $59,000 over the asking price.  Statistically we have moved more into the realm of a “seller’s” market something we have not seen for several years, with a sales-to-listing ratio of 40%, as reflected by the fact that one out of every 2.5 MLS® properties listed have sold thus far in 2015.
MLS® sales in virtually every price range are showing significant increases from one year ago.  Sales below $200,000 are up a modest 8% stemming from the fact that very little can be bought in this market for that price.  Sales between $200,000 to $350,000 reflect a 27% gain from last year while sales between $350,000 to $499,999 and $500,000 to $799,999 are up 54% and 57% respectively.  At the upper end of the market MLS® sales between $800,000 and $999,999 total 11 properties, an increase of 83% while MLS® sales over $1 million are double that of last year with 10 sales in the first quarter of 2015 compared to just 5 one year ago.
As we had into the prime spring market, the outlook for area real estate sales looks very positive.  A relatively strong economy, positive consumer confidence and the continuation of low mortgage rates all bode well for the local and national real estate market overall.

If you are contemplating a real estate purchase or are thinking of listing your property in the coming months, please feel free to contact me for a qualified, no obligation assessment of your property’s current market value or to discuss any of your specific real estate goals or objectives.